It’s very common to see pitchers who are able to generate huge amounts of torque in their windup, but are somehow still not throwing with the kind of oomph you’d expect. More often than not, this is the result of a player not getting the necessary arm extension and as a result having a poor release point. To help combat these common problems, I have two drills that do a great job of helping players both understand the importance of a good release point and drill the correct technique into their muscle memory.

To improve arm separation, getting the throwing arm up and releasing the ball on a downhill plane.

Place two players approximately 40-50 feet apart. Both players have gloves and are standing in an athletic ready position. One player in each pair has the ball. Place a cone about 2/3 of the distance between the pitcher and catcher.

The pitcher should start in the stationary stride position, with the stride foot forward and hands at chest level. On the coach's command, he will separate the hands, bring the throwing arm up then explode forward and release the ball, trying to one-hop it just in front of the cone. The pitcher will take 10 throws, then switch positions with the catcher. 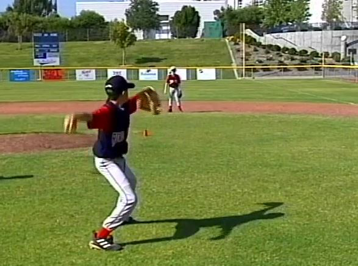 To improve extension and develop the proper release point on the pitch.

The pitcher will set up across from you around 9-10 feet away. Instead of a ball, the he will be holding a medium sized knotted towel between the pitching fingers.  The coach will kneel down, and hold up a glove or similar target at the pitcher's release point.

The pitcher will go through his normal delivery so that the towel snaps down onto the target. 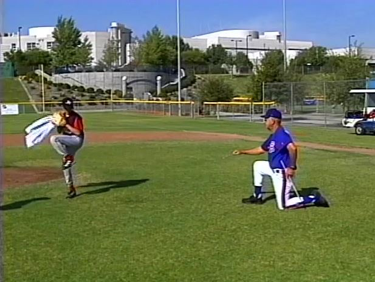 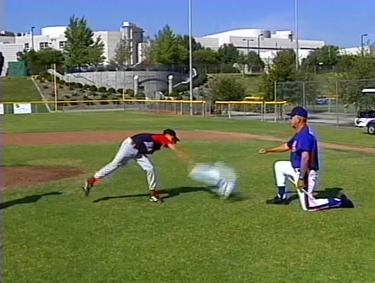 You can explain it to a pitcher, show it to him even, but sometimes the only way to really get a player to understand just what they’re doing wrong is by putting them in a drill that forces them to re-adjust their mechanics – then when they get on the mound and get a taste of what they’ve been missing out on, everything begins to click. It’s a complex motion, and a lot of it can be unnatural at times, but with the right drills and the right practice, you can build a stable of reliable young pitchers.