Way to go Coach! Hitting Mechanics Mastery is going to dramatically boost your hitters' skills and confidence at the plate... and give you TONS of new drill ideas your players will love.

Now Here's How To
Accelerate Your Results!

The step by step descriptions in your ebook are very detailed and more than enough to help you get started. But if you're like me, nothing beats a video demonstration.

That's why I'm so excited to offer you a special complimentary resource that goes perfectly with your Hitting Mechanics Mastery package... 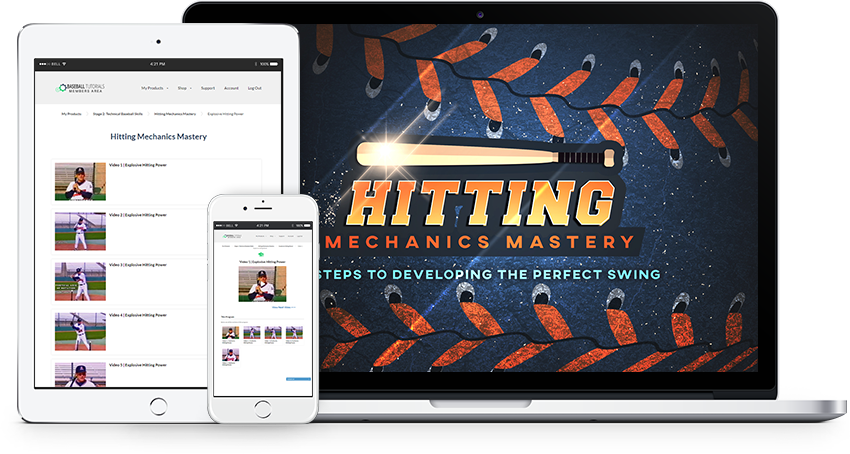 Upgrade your order to include the Hitting Mechanics Mastery online video clinic today and you'll see EXACTLY how to perform all the drills and techniques described in your ebook... plus dozens of wickedly effective coaching pointers, troubleshooting tips, and practice routines you can take right to the field!

It's all broken down with step by step video demonstrations featuring the world-renowned hitting coach Jerry Stitt.

Coach Stitt starred at the University of Arizona in the late 60's... batted .366 and got drafted by the Cleveland Indians.

After his playing career, he spent 21 years as a coach for the Wildcats, winning two national championships. In 17 of those seasons they batted over .300 as a TEAM.

His system is broken down into two video modules...

Coach Stitt breaks down the 6 basic parts of the swing, with detailed instructions and step by step demonstrations for all competitive levels.

Get video demonstrations for all 15 of the drills included with your ebook. Explained by Coach Stitt and performed by Division 1 athletes at Arizona.

How The Online Video Clinic Works

As soon as your order is securely processed, we’ll send you a password and direct you to our members area, where you can get instant access to all the material.

Watch on Computer or Mobile

You can stream the videos over your Internet connection, watch them on your iPhone, iPad or other mobile device.

It’s available to you anywhere in the world with an Internet connection, at any time of the day or night!

This package is worth $70.00 on it's own, but as part of this special upgrade opportunity, you can get instant access today

And there's no risk at all, because you're covered by our iron clad satisfaction guarantee.

Order this amazing online video clinic. Watch it, then take up to 60 days to try out these secrets with your team.

If you decide this isn't for you for any reason, or no reason at all - no problem.

Just contact us and you'll receive a prompt refund of every penny of your purchase price - no questions asked, and no hassles.

Click the Upgrade button below to get started now! You can be watching these videos in just a few moments... 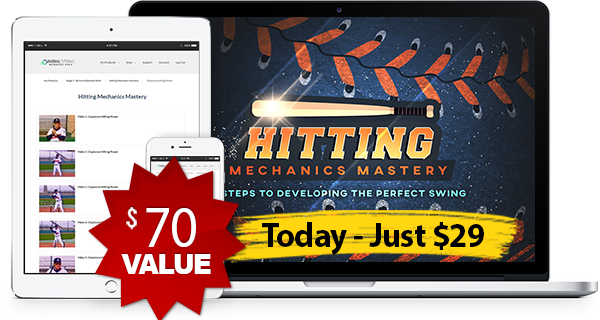 No thanks, I'm not interested in getting the Hitting Mechanics Mastery Clinic ($70.00 value) for only $29. I understand this discount may not be offered again