World’s Most Natural Baseball Hitting System Will Have Your Players Crushing The Ball With Lightning Quick Bat Speed and Titanic Power... Without Even Trying!

Once you see how incredibly natural, astonishingly effective, and ridiculously EASY this system is - you'll wonder why NOBODY ever taught you these secrets before!

PLUS, IT’S GUARANTEED, OR YOUR MONEY BACK!

You're about to discover the art and science of teaching a major league quality baseball swing.

The kind of devastatingly powerful (yet totally graceful) swing guys like Ken Griffey Jr. and Albert Pujols pulled off every time they stepped to the plate.

It's all revealed inside the Baseball Hitting Bootcamp Online Video Clinic, featuring the one and only Tennessee Baseball Guru himself...

Coach Delmonico's record speaks for itself.

At national powerhouse University of Tennessee, he's chalked up a staggering 699 wins.

Obviously, Rod has a knack for putting together winning teams.

But he ALSO knows how to teach the fundamentals and techniques that develop standout superstar athletes.

46 of his players have been selected in the major league draft, with 25 going on to play in "the show" -- including the likes of Todd Helton, Jimmy Key, Luis Alicea and Paul Sorrento. 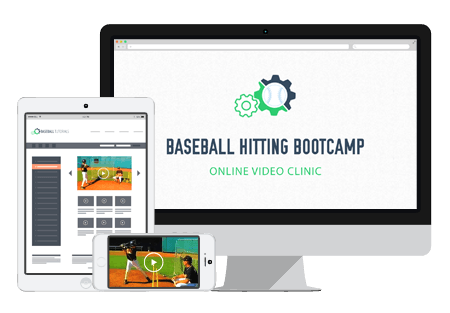 Rod has crammed all of his hitting knowledge into a 2 part online video clinic called the "Baseball Hitting Bootcamp."

You don't even have to leave the comfort of your living room to start learning pure hitting magic.

We've pulled together an incredible "master-it-quick" collection of Coach Delmonico's best hitting material that is guaranteed to change the way you look at batting.

The system is broken down into 2 full-length video modules:

Module 2: Hitting Drills from A to Z

This Baseball Hitting Bootcamp is so loaded with cutting edge hitting tips, techniques, and drills, it'll feel like having the best baseball coach in the country whispering in your ear during each and every practice.

These two online clinics could easily sell for $40 apiece. But as part of a special discount for Baseball Tutorials members, you can have the entire package for just $29.

Why so inexpensive? To be honest, when we transferred the videos into an online format, something went haywire with the color settings. And it came out with a bit of an "orange hue." The video content is still great, but everyone just looks like they spent a few too many hours at the spray tanning salon.

Ready to get started? Click the Add to Cart button below right now!

How The Online Video Clinic Works

As soon as your order is securely processed, we’ll send you a password and direct you to our members area, where you can get instant access to all the material.

Watch on Computer or Mobile

You can stream the videos over your Internet connection, watch them on your iPhone, iPad or other mobile device.

It’s available to you anywhere in the world with an Internet connection, at any time of the day or night!

You can make this investment without any worries, because you're completely covered by my 60 day 100% no questions asked, money back guarantee!

Order this amazing package. Watch the videos, then take up to 60 days to try out these secrets with your team. If you decide this isn't for you for any reason, or no reason at all - no problem.

Just contact us and you'll receive a prompt refund of every penny of your purchase price - no questions asked and no hassles.

Still sitting on the fence? Check out these answers to the most common questions coaches ask...

What age level is this for?

This online clinic is designed for kids age 10 and up, and recommended for intermediate and advanced level players. While some fundamentals are covered, the focus is on more complex skills and drills for experienced players.

What if this doesn't work for me?

This online clinic comes with a special 60 Day Money Back Guarantee.

If for any reason, you're not 100% thrilled with the material, just send us an email within 60 days of purchase and we'll gladly refund you full payment. No questions asked. No funny business. No "wiggle clauses." You either love this resource or you don't pay a penny.

Can parents and athletes use this? Or is it just for coaches?

This online clinic includes drills and techniques that can be done individually, with a partner, or with small group of players. So it’s great for coaches to use during team practice… OR for parents or athletes who want to work on their skills at home.

How do I access the videos? Do I need to wait for anything in the mail?

You get instant access to the entire online video clinic, right over your computer, smartphone or tablet. There's no waiting for DVDs in the mail, and no shipping charges.