Simply choosing the right bat for a player can make a huge difference in how they swing and what kind of results they get.  The bat determines the velocity of the swing, the strength of the impact with the ball and how far the ball will go.  It also controls the aim of the ball and affects the beginning of the batter’s sprint to first base.  Because the bat affects so many aspects of the game, having the right bat is essential.

There are two main characteristics to look for with a bat: length and weight.  A bat that is too short will not allow the batter to hit all the balls in their strike zone, even if the batter knows they should be able to reach it.  It might cause them to reach for the ball, which throws off their stance, rhythm, and ability to get behind the ball with real power. 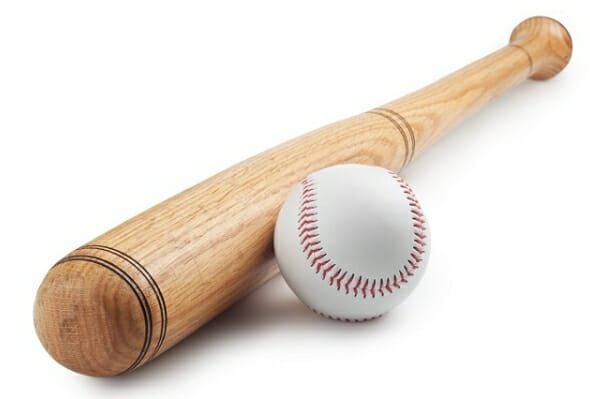 A bat’s weight is extremely important to the overall swing and success of the bat.  For example, think of the past baseball scandals where major league players have been caught with cork in their bats to make them lighter and easier to swing.  There is a reason these things are illegal in the game—they give the batter an unfair advantage by giving them a bat light enough to swing extremely hard, which gives the batter a higher chance of hitting a home run because of the added power behind the ball.

Normal bats are 8-10 ounces less in weight than their length in inches.  So, for example, a bat that is 30 inches long will probably weight about 20 ounces.  A bat that is too heavy will slow down the swing and make it very difficult for batters to maintain proper form during the stance and swing.  Starting with improper form only leads to improper form in swinging, which reduces the chances for a well-hit ball that will result in a base hit.

A bat that is too light will cause batters to swing too fast, which also affects rhythm and keeps the batter from doing their job.  A light bat also sometimes causes the shoulders to get ahead of the hips.  In an effective swing, the hips should lead the rest of the body.  If the shoulders get around too quickly, the swing will not have proper power, as much of the batter’s power comes from the action of the hips, which lead the lower body.

We often overlook it, but taking the time to pick the right bat can make all the difference in both a hitters ability and confidence at the plate. Don’t let your players just pick one and settle in – have them try a couple different bats, dry hitting, off a tee, and with a live ball to really get the lay of the land before they make a decision.

Below is a helpful sizing chart you can use to help your child or player pick the right bat. 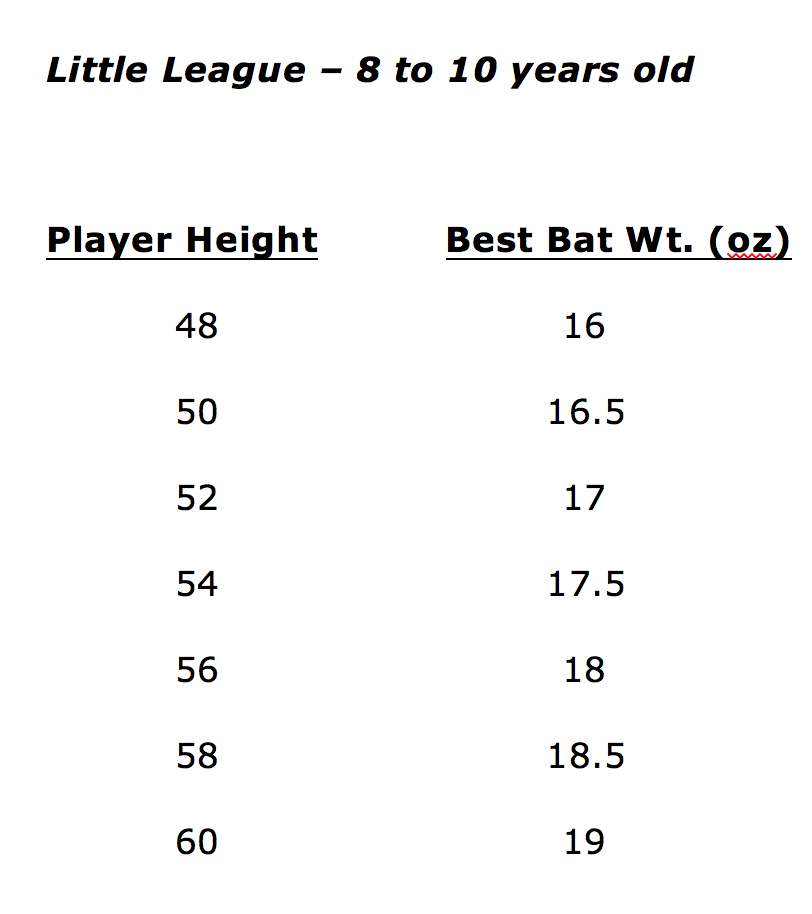 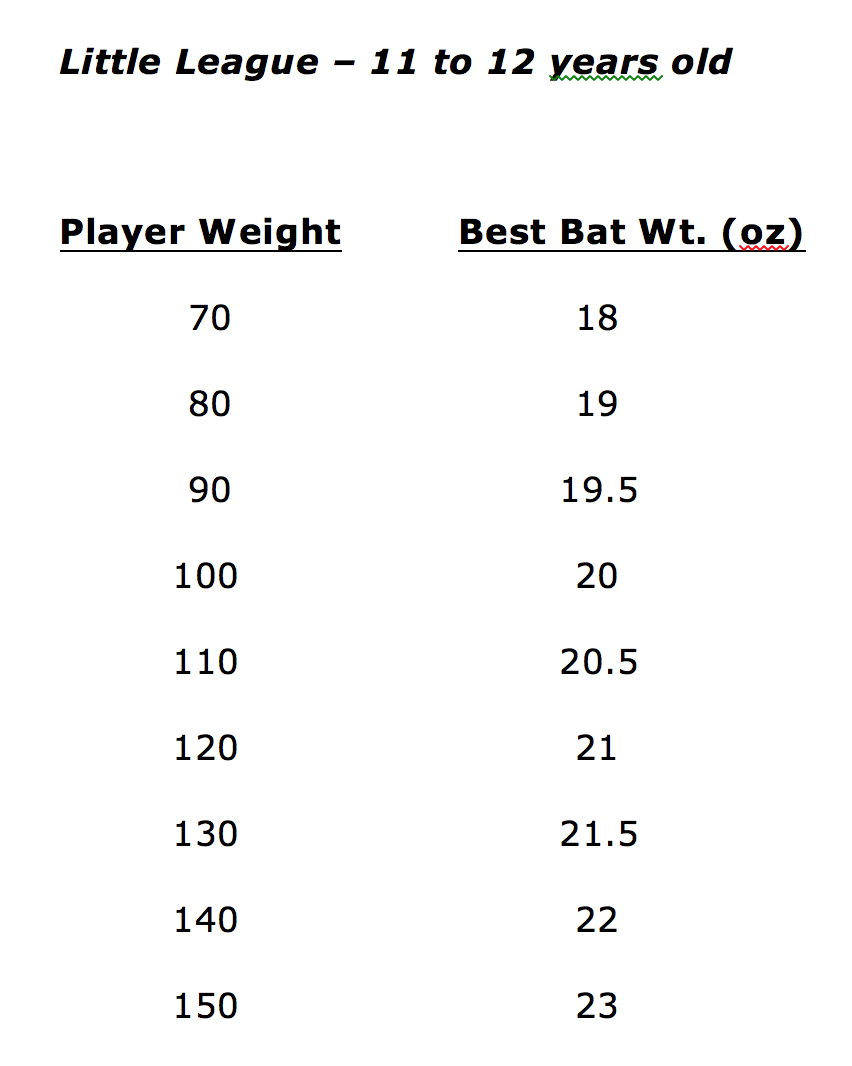 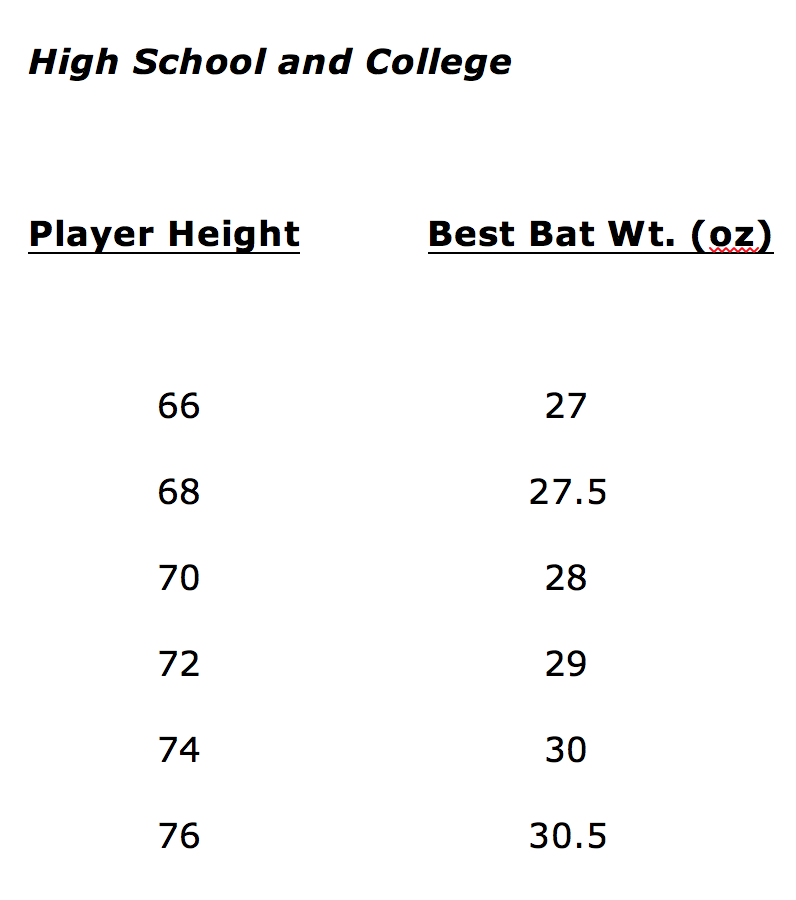