The outfielders will line up single file in the outfield facing home plate. A coach stands at home plate (or the edge of the infield) with a fungo bat and balls. An additional coach or players stands to the side to receive throws from the fielders.

The coach will hit a ground ball to the first player in the outfielders line. The outfielder will charge hard at the ball, breakdown, field the ball using the Knee Method, Semi-Knee Method or Pro Method, then make an accurate throw back to home plate. The coach will then hit a ground ball to the next player, as the first player rotates to the back of the line. 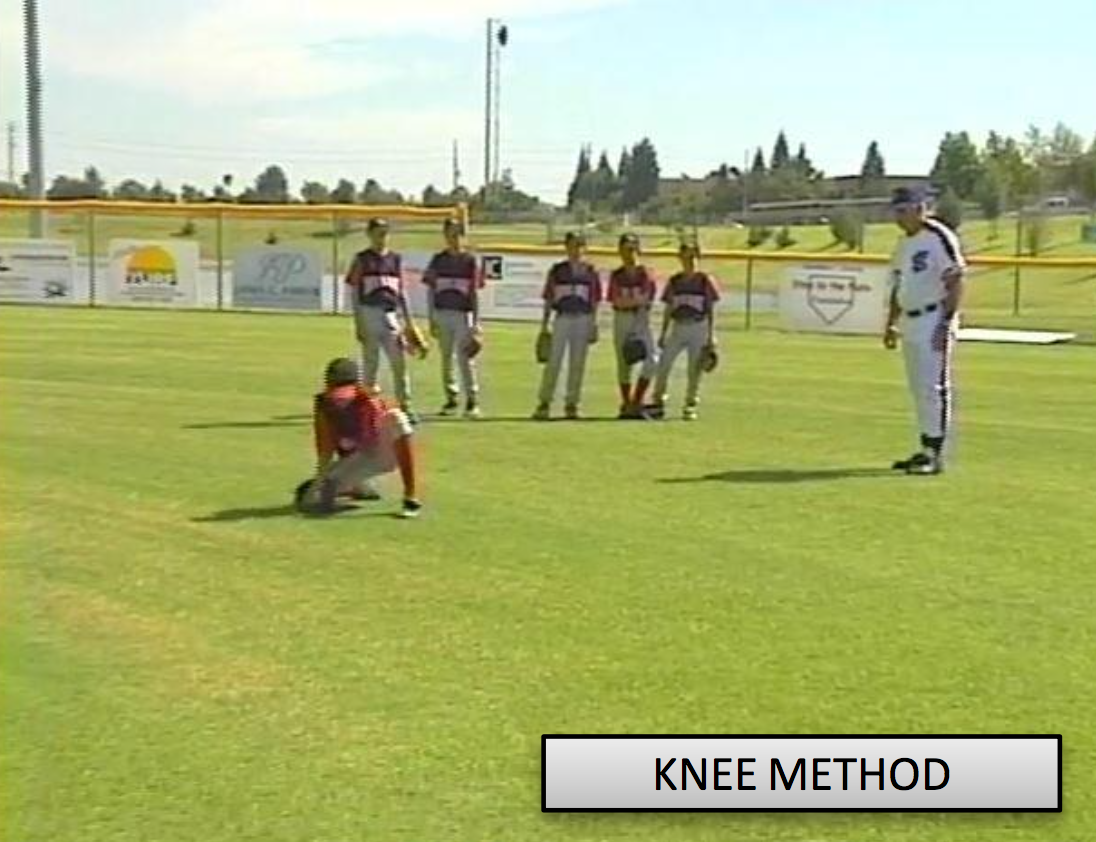 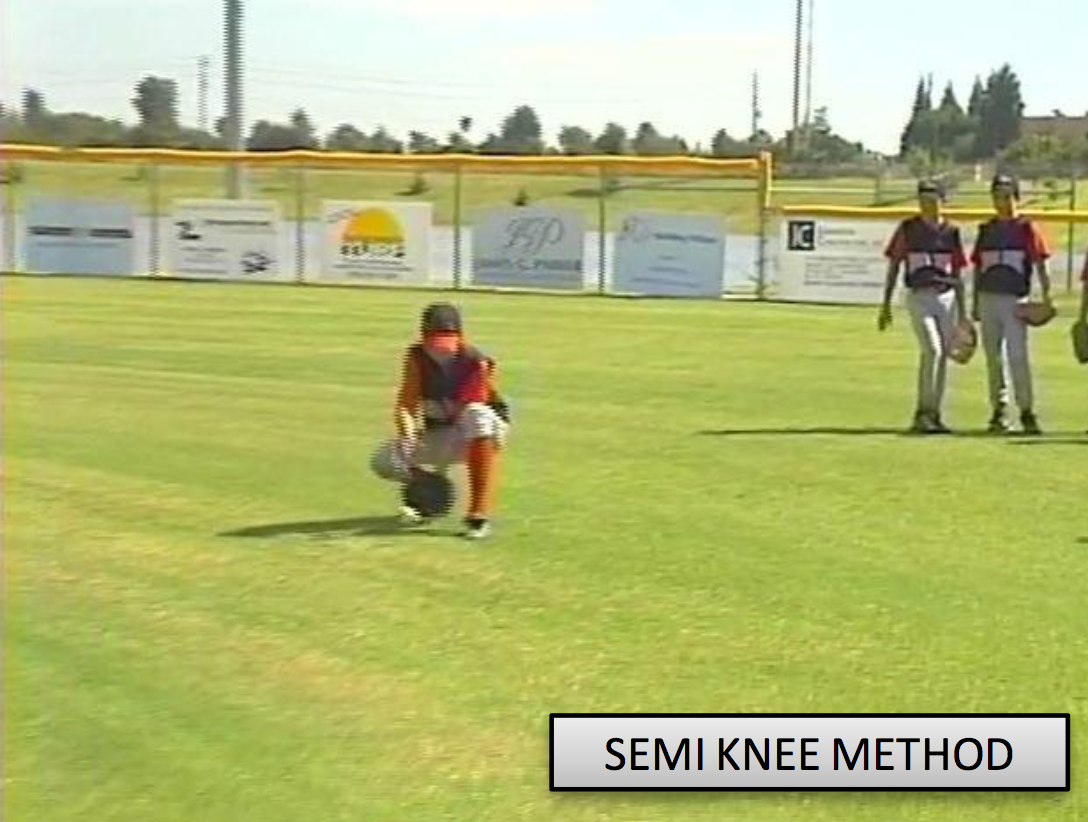 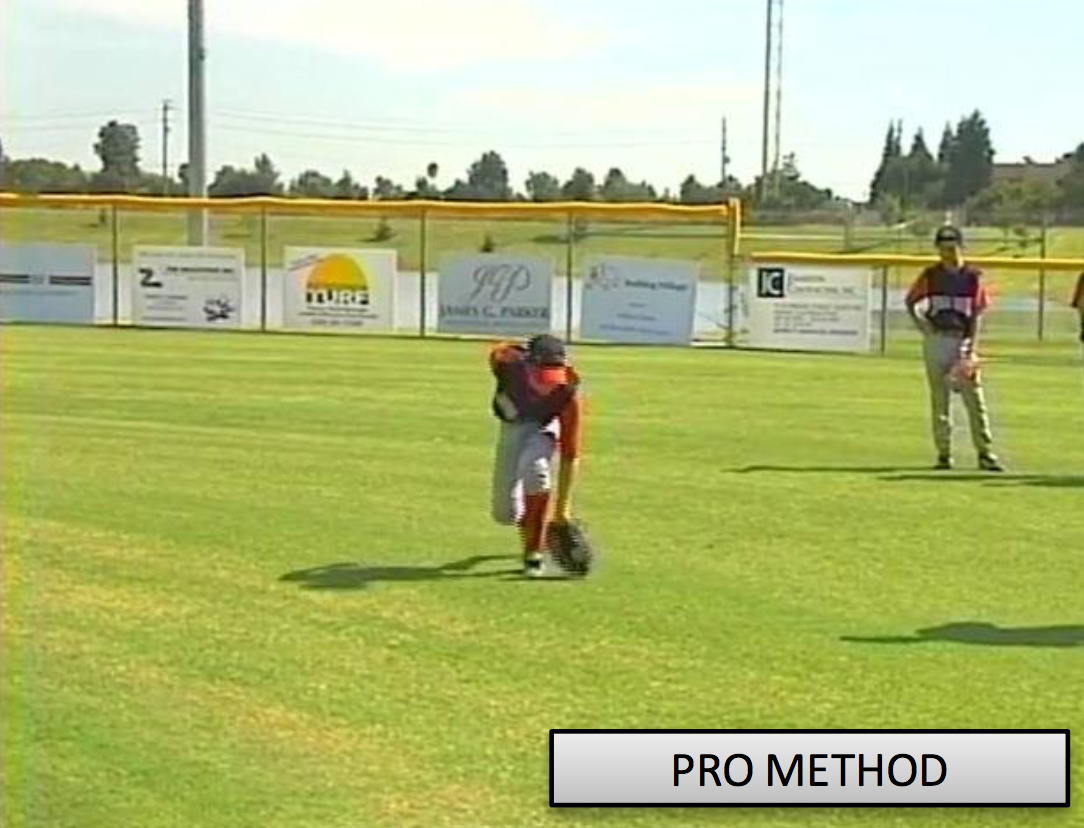 The first player in the pitcher's line will simulate throwing a pitch. The coach will then hit a slow ground ball to the area between the pitcher and first baseman. 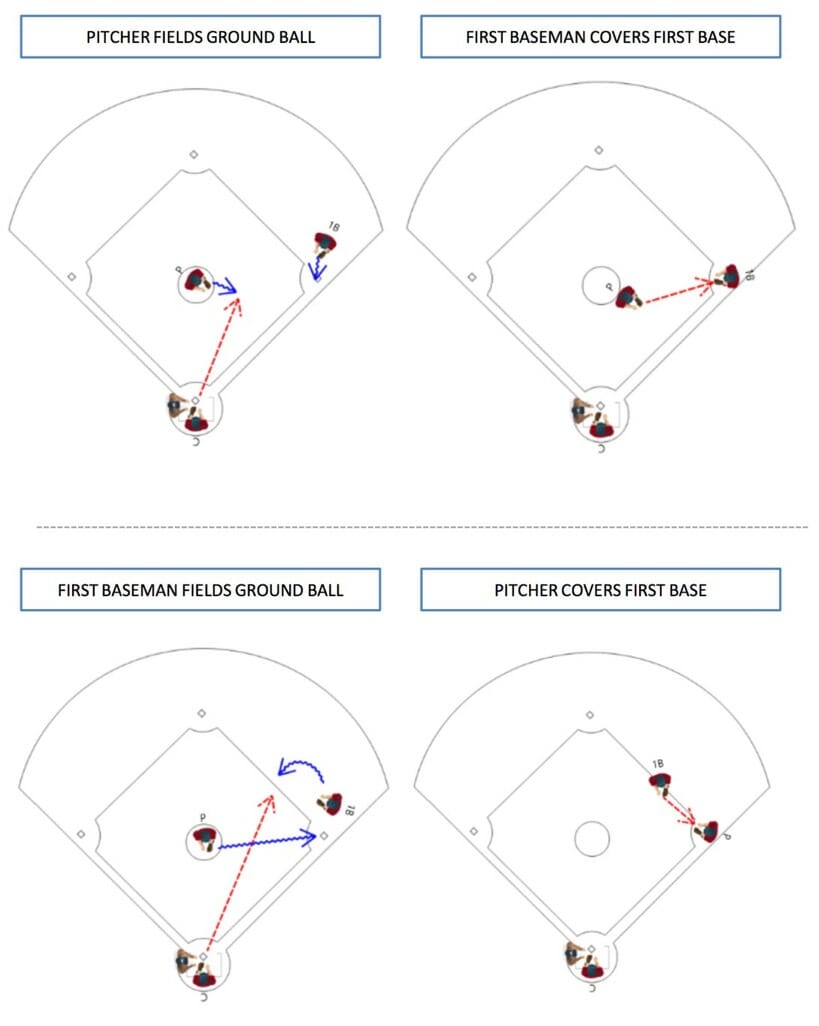 The catchers are in their stance, facing the coach with around 4-5 feet of space between them. You can practice this with gloves only or full equipment.

From about 5-10 feet away, the coach will toss the ball softly into the dirt, directly in front of the catcher. With the ball in mid-air, the catcher will quickly lower himself to block it by first dropping the butt down, then softly lowering the knees to the ground 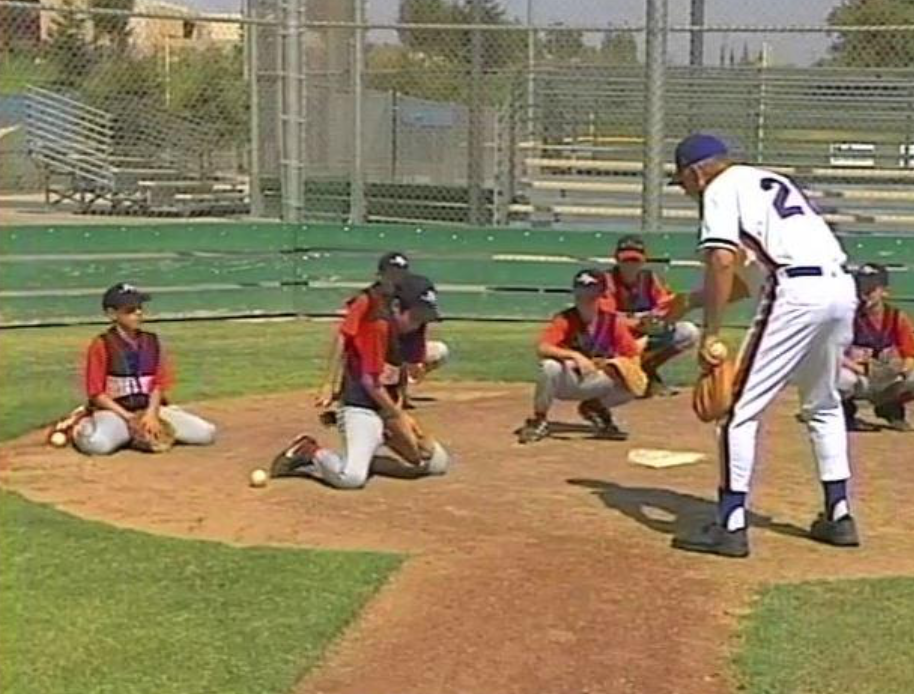 Catchers must be in a stance that allows their first move to be down, rather than up when they begin to execute the block. The easiest way to accomplish this is to insure that their feet are far enough apart so their heel are in contact with the ground, toes are pointed up the baselines and their thighs are parallel to the ground.

If they are in a deep crouch then their hips will have to go up before they can begin to move towards the ground. A deep crouch will only add to the amount of time it takes to block a ball by making the athlete travel upward before they are able to drive to the ground.

Work on the following cues when teaching catchers to block balls in the dirt.